Investing in a Time of Climate Change — The Sequel

Investing in a Time of Climate Change – The Sequel (the Sequel) documents Mercer’s latest climate scenario model for assessing the effects of both climate-related physical damages (physical risks) and the transition to a low-carbon economy (transition risks) on investment return expectations. The Sequel models three climate change scenarios, a 2°C, 3°C and 4°C average warming increase on preindustrial levels, over three timeframes - 2030, 2050 and 2100.

Since 2015, there have been many environmental, scientific, political and technological developments that continue to evolve our understanding of the climate-change-related investment context. In response to these developments and client demand, Mercer has updated its climate scenario model and is proud to publish the Sequel. The Sequel focuses on what is new and the “why, how and what” for investors, providing practical advice, including peer case studies.

The findings strengthen the argument for investor action on climate change and suggest greater attention is required on how investors will actively support the transition to a 2°C scenario – as “Future Makers”. Fiduciaries – motivated by the economic and social interest of their beneficiaries and clients – have the opportunity, and arguably the obligation, to use their portfolios and their influence to help guide us towards this more-economically-secure outcome. We look forward to the opportunity to support our clients in incorporating climate change throughout the investment process and build climate resilient portfolios. 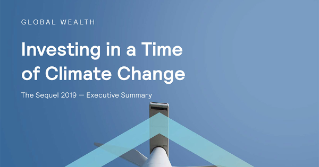 Get the Full Report

The ABC of ESG – A new perspective on business responsibility

Investing in Asia: Ample opportunity for those who look