The decline in funded status was due to poor global equity market performance, further declines in long-term bond yields and the strengthening Canadian dollar (which negatively impacted the return on unhedged foreign assets).  “The relatively small decline in the solvency position of pension plans masks the considerable volatility that occurred in the first quarter of 2016,” said Manuel Monteiro, Leader of Mercer’s Financial Strategy Group. “At the end of February, the solvency position of a typical pension plans was down by 6%.  However, March was a good month with pension plans recovering about half of those losses.” 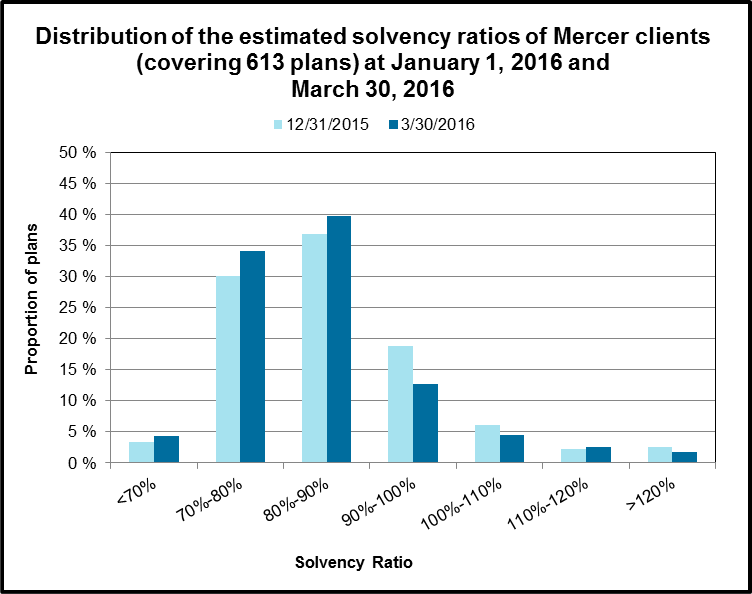 In this volatile environment, many defined benefit plan sponsors remain more exposed to pension risk than they would like to be.  However, organizations are generally reluctant to reduce risk at this stage since it would lock in their current deficits.  As funded positions improve, we expect that many plan sponsors will be looking to reduce risk by shifting their asset allocation towards fixed income and by transferring risk through annuity transactions.  Plan sponsors in this situation should be establishing a comprehensive strategy now so that they can act quickly when future market opportunities arise.

While pension contribution volatility has been an enduring burden for the better part of the last two decades, there is some hope on the horizon for defined benefit pension plan sponsors.  The Québec government introduced sweeping legislative changes in the last few months which will result in less volatile funding requirements going forward for most defined benefit pension plans in the private sector. Many will also see a reduction of contributions in the short term.  The Québec changes culminated from negotiations between a broad range of stakeholders.  Employee groups in Québec hope that employers will be more willing to retain their defined benefit plans if their funding requirements become less volatile.  We anticipate that other provinces will be studying the new Québec funding regime closely, and it is possible that similar changes will be introduced in other provinces.

From an Investment Standpoint 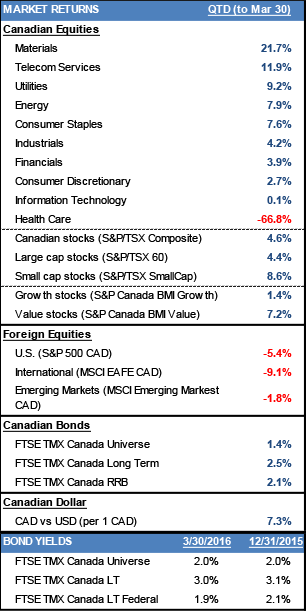 A typical balanced pension portfolio would have returned -0.5% during the first quarter of 2016. Detailed market returns for the quarter are summarized in the table.

“Canadian equities were the best performing broad equity asset class, with a return of 4.6% over the quarter. The rebound in the price of oil, commodities, and gold, in particular, helped. The Canadian dollar followed the upward movement of resources gaining 7.3% against the USD. Defensive sectors such as telecoms, utilities, and consumer staples also outperformed during the tumultuous first two months of the year. On the other hand, the health care sector suffered the largest drop (-66.8%), which was driven primarily by Valeant Pharmaceuticals.”, said Brian Dayes, Partner at Mercer Investments.

US equity returns were mostly subdued in USD; a Canadian investor would have a loss of -5.4% in CAD terms, given the relative appreciation of the Canadian dollar. International equities greatly underperformed as the MSCI EAFE returned -5.8% in local currency terms and -9.1% in CAD. Emerging markets did well in local currency terms but returned -1.8% when converted to CAD.

The Canadian yield curves tightened slightly but remain mostly unchanged compared to the end of 2015. Canadian bonds performed relatively well during the quarter.

The Bank of Canada (BoC) maintained its target overnight rate at 0.5%. In its latest March communique, the BoC explained that the global economy is progressing as anticipated and the overall balance of risks remain within the zone for which the current monetary policy is appropriate. After it raised rates in December, the US Fed now appears more cautious in its plans to gradually increase its benchmark interest rate even if job growth and economic conditions remain strong. 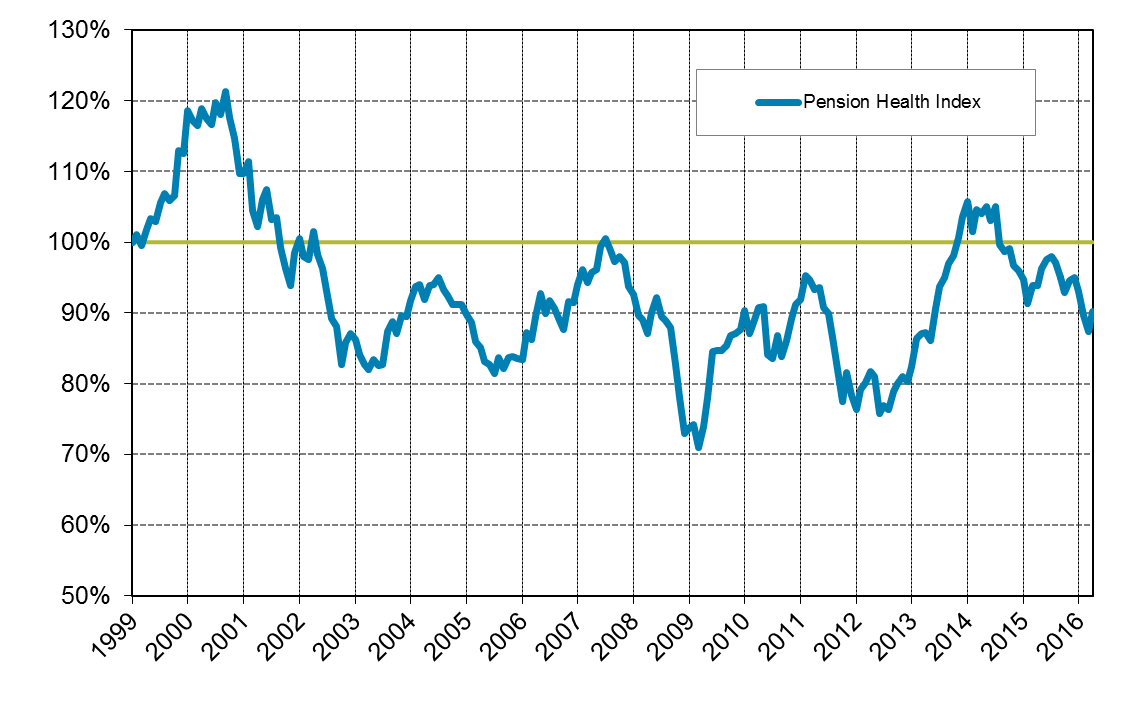 Mercer is a global consulting leader in health, wealth and careers. Mercer helps clients around the world advance the health, wealth and performance of their most vital asset – their people. Mercer’s more than 20,000 employees are based in more than 40 countries and the firm operates in over 130 countries. Mercer is a wholly owned subsidiary of Marsh & McLennan Companies (NYSE: MMC), a global professional services firm offering clients advice and solutions in the areas of risk, strategy and people. With 57,000 employees worldwide and annual revenue exceeding $13 billion, Marsh & McLennan Companies is also the parent company of Marsh, a leader in insurance broking and risk management; Guy Carpenter, a leader in providing risk and reinsurance intermediary services; and Oliver Wyman, a leader in management consulting. For more information, visit www.mercer.ca. Follow Mercer on Twitter @MercerCanada.