Driven by equity markets, DB plans recover in Q2. But can it last?

During the second quarter, funded positions of DB plans recovered slightly less than half the losses they incurred in the first quarter. The improvement was fueled by double-digit second quarter returns across all equity markets, but restrained by declines in long bond yields which boosted liabilities.

“While the last few months have been painful, most defined benefit plans have emerged from the depths of the crisis in reasonably strong shape,” said Manuel Monteiro, Partner and Leader of Mercer Canada’s Financial Strategy Group. Measured across the backdrop of the 20+ years since January 1, 2000, funded positions have been higher than they are today, less than 30% of the time. 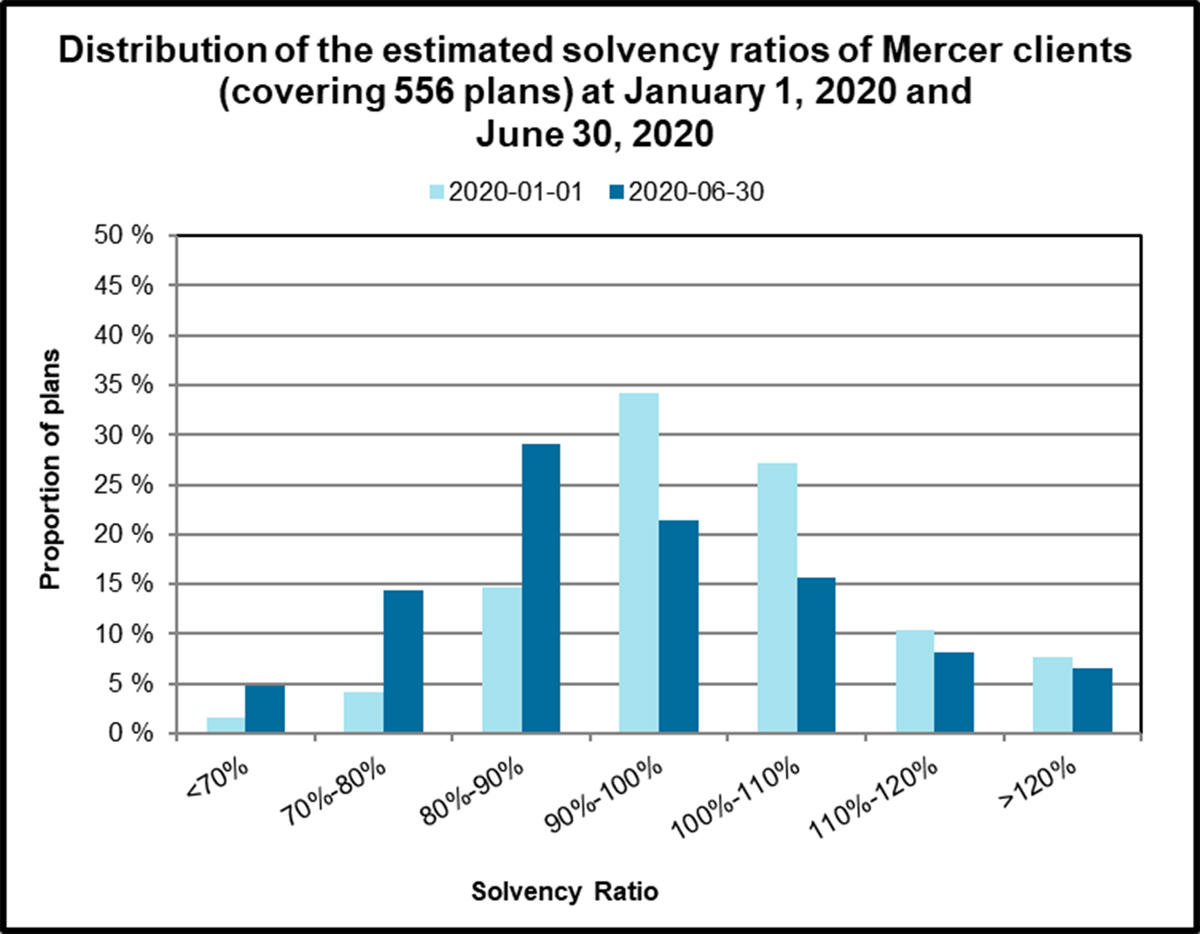 Businesses that are struggling with the economic effects of the pandemic will be thankful that they will generally not face near-term increases in DB pension contributions. Many plan sponsors will be filing year-end 2019 valuations, which will allow them to defer any funding increases until 2023. Further, the lowering or elimination of solvency funding in provinces such as Ontario, Quebec and British Columbia will dampen the size of contribution increases that do occur if funded positions do not recover over the next few years.

While economic activity continues to be deeply affected by the pandemic, equity markets are now only down slightly since the beginning of the year, and seemingly pricing in a “v-shaped” recovery. Conversely, long-term bond yields continue to test new lows suggesting a future of low economic growth and tepid inflation.

“The risks for DB plans loom large,” said Monteiro. “Equity markets have gotten ahead of the real economy, and seem highly vulnerable to any disappointing news regarding the strength of economic recovery, the stubborn persistence of the virus, or the development of an effective vaccine.”

Closed and frozen plans that remain well funded should strongly consider taking risk off the table, through increased allocations to defensive assets, diversification away from equities, annuity transactions, or even merging into jointly-sponsored pension plans that have opened their doors to private sector employers.

Plans with long time horizons have a difficult road ahead of them. Given the paltry yields on bonds, they have to remain significantly invested in growth assets in order to remain affordable. However, large allocations to growth assets will make them more susceptible to market volatility. The challenge will be to strike a balance that best meets the objectives of the employers and plan members. Realistic contribution rates, risk-sharing design features, broad diversification across asset classes, and selecting the right investment managers will become even more important going forward. 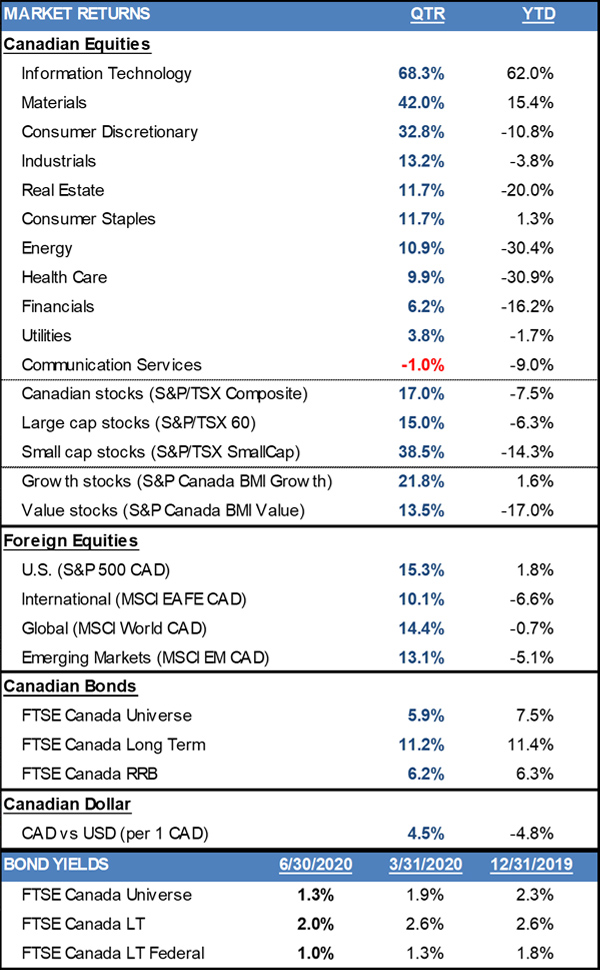 A typical balanced pension portfolio would have posted an exceptionally strong return of 13.0 per cent during the second quarter of 2020 as equity markets rebounded and bond yields fell.

“Despite a strong rebound in risk assets as the recovery has continued throughout the second quarter, we remain cautious regarding the long term impact of the pandemic on the economy and markets going forward” said Todd Nelson, Partner at Mercer Canada. “Markets have been encouraged by government stimulus efforts, the gradual relaxation of lockdowns and progress on a number of potential vaccines. However, the recent spikes in case numbers in the U.S. and other countries is increasing fears of a second wave of the coronavirus pandemic”.

Both the U.S. Federal Reserve and Bank of Canada held their target rates at 0.25 per cent throughout the second quarter, following several individual rate cuts throughout the first quarter of the year. 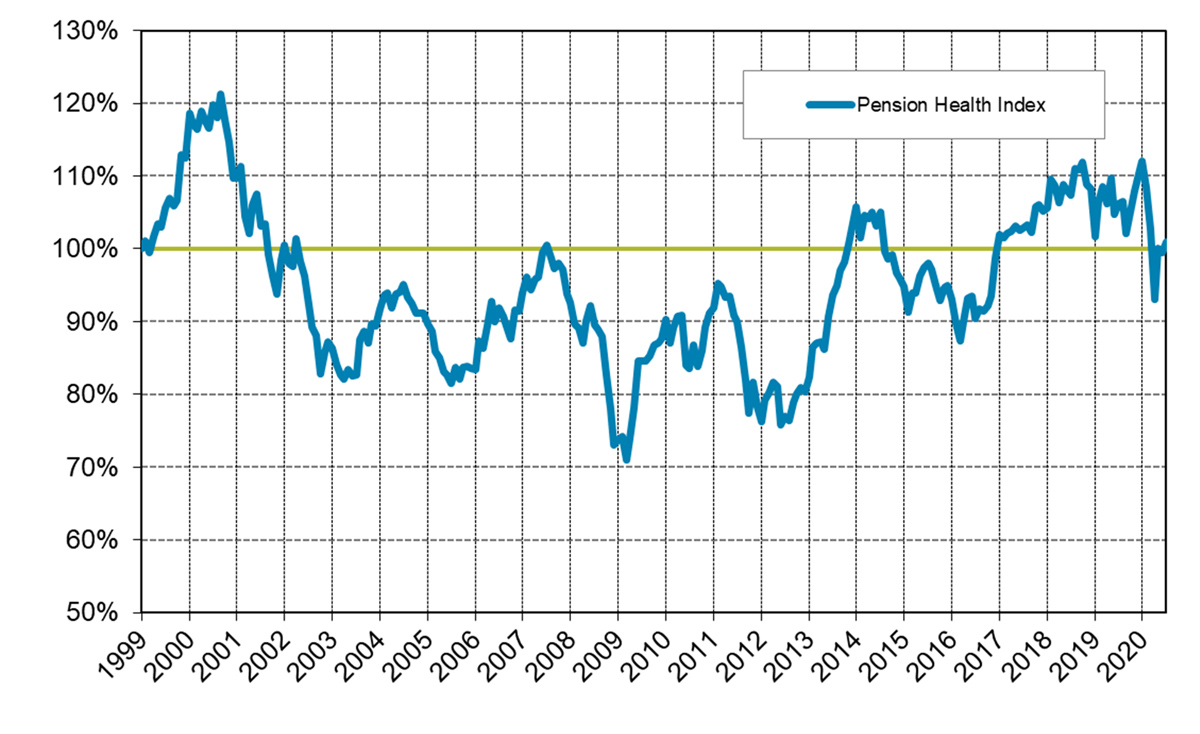 ABOUT MERCER
Mercer believes in building brighter futures by redefining the world of work, reshaping retirement and investment outcomes, and unlocking real health and well-being. Mercer’s approximately 25,000 employees are based in 43 countries and the firm operates in 130 countries. Mercer is a business of Marsh McLennan (NYSE: MMC), the world’s leading professional services firm in the areas of risk, strategy and people, with 83,000 colleagues and annual revenue of nearly $20 billion. Through its market-leading businesses including Marsh, Guy Carpenter and Oliver Wyman, Marsh McLennan helps clients navigate an increasingly dynamic and complex environment. For more information, visit mercer.ca. Follow Mercer on LinkedIn and Twitter.