The funded position of pension plans was boosted in the third quarter by a late surge of 20 basis points in long-term interest rates during the last few weeks of September. A 100 basis point increase in interest rates typically results in a decrease of 10 per cent to 15 per cent in pension liabilities. Strength in the U.S. and international equity markets provided a further boost, although the Canadian equity markets continued to lag.

“Canadian pension plans have not been this well-funded since November 2000,” said Manuel Monteiro, Leader of Mercer Canada’s Financial Strategy Group.

However, financial markets remain volatile, with uncertainty regarding the pace at which central banks will raise interest rates and escalating trade wars. However, the late breaking announcement of the new USMC agreement to replace NAFTA will calm some fears.

The dramatic improvement in funded positions since the 2016 U.S. election and the fundamental changes to funding rules in Ontario and Québec have caused many plan sponsors to revisit their risk management strategy. Some plan sponsors, particularly those that are not fully funded and that remain open to new members, feel emboldened by the new funding rules to maintain or even increase investment risk. On the other hand, this seems like a particularly opportune time for sponsors of closed and frozen defined benefit plans to take risk off the table, either by changing the asset mix or through risk transfers. “The group annuity market has been slower than expected in the first three quarters of 2018. We expect very favourable pricing conditions in the fourth quarter as insurers will be looking to meet their aggressive sales quotas,” continued Monteiro.

A typical balanced pension portfolio would have decreased by 0.1 per cent during the third quarter of 2018. Most developed market equities advanced, led by strong U.S. performance, while Canadian, emerging markets and broad-market Canadian bonds declined. Canadian fixed income markets were down over the quarter amidst rising yields, with long-term bonds (-2.4 per cent) underperforming universe bonds (-1.0 per cent). Real return bonds (-2.2 per cent) also fell over the third quarter.

Central banks continued on their tightening path over the third quarter. In July, the Bank of Canada raised its target for the overnight rate by a quarter percentage point to 1.50 per cent, while in September the U.S. Federal Reserve raised its target rate to between 2.00 and 2.25 per cent. 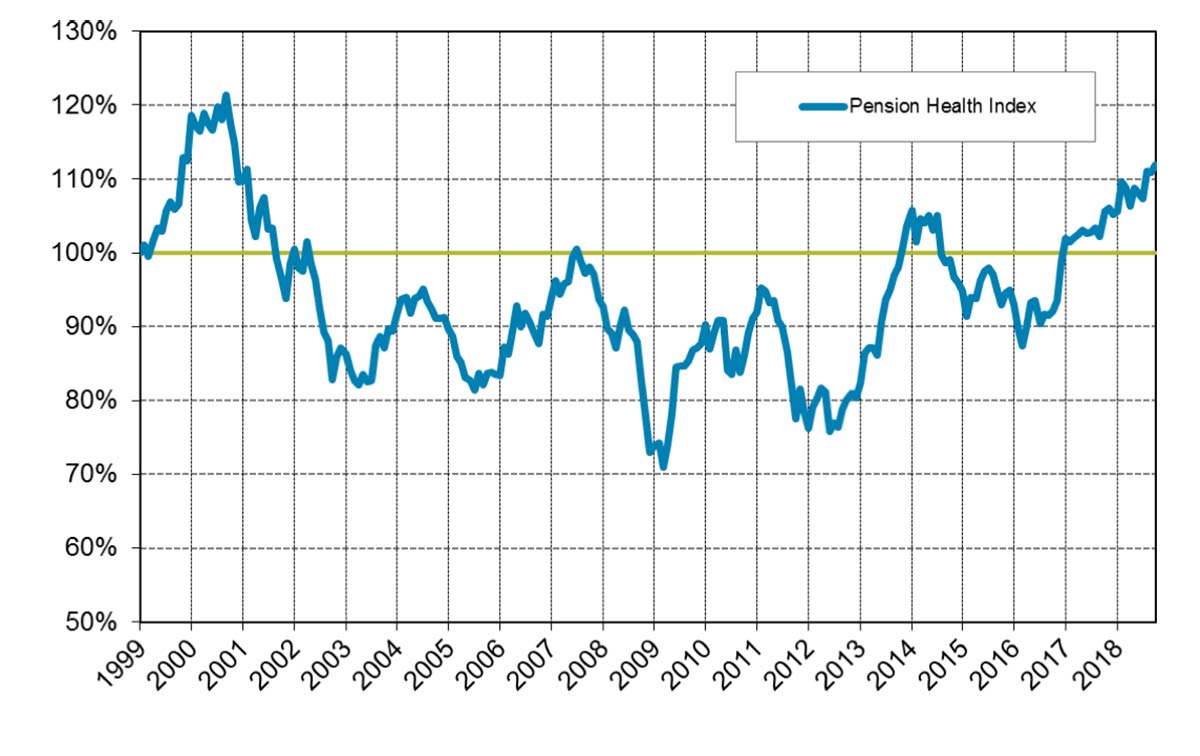