DEFINED BENEFIT PENSION PLANS EDGE UP IN SECOND QUARTER OF 2017

The solvency position of Canadian defined benefit pension plans edged up in the second quarter of 2017. The Mercer Pension Health Index, which represents the solvency ratio of a hypothetical plan, stands at 103 per cent on June 27th compared to 102 percent at the beginning of the year and the first quarter.  The median solvency ratio of the pension plans of Mercer clients remains unchanged from the beginning of the year at 93 per cent.  While the first half of 2017 has been fairly flat, most pension plans are about 10 to 15 per cent better funded than they were a year ago. 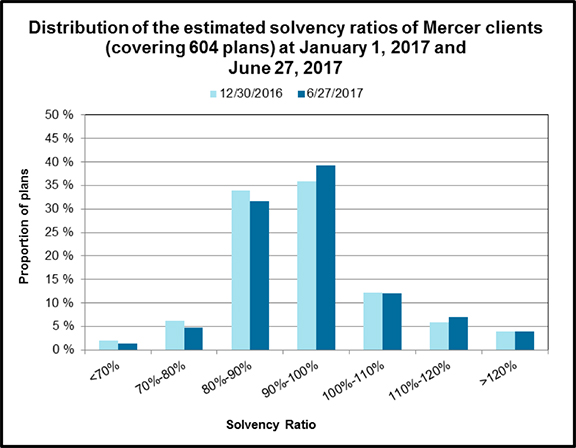 Pension plans were boosted in the second quarter by strong foreign equity market performance. However, this was largely offset by the impact of the roughly 20 basis point drop in long-term interest rates and weakness in Canadian equities. The drop in interest rates will have increased pension liabilities by 2 to 3 per cent over the quarter.  The typical plan hedges about 40 per cent of its interest rate risk through its investment strategy.

“Despite yet another decline in long-term interest rates, most DB pension plans remain in strong financial shape,” said Manuel Monteiro, leader of Mercer Canada’s Financial Strategy Group. “However, those plans with large allocations to Canadian equities and lower hedges against interest rate movements will have experienced some deterioration in the second quarter.”

The big news for Ontario employers in the second quarter was the announcement of significant changes to pension funding rules, scheduled to take effect at the end of 2017.  Ontario has followed the policy lead of Québec by largely moving away from solvency funding towards a going-concern plus model.  The primary impact of the new rules will be a significant reduction in the volatility of cash funding requirements, which will be welcomed by plan sponsors.  Policymakers in other jurisdictions will undoubtedly feel some pressure to follow the lead of Québec and Ontario.

Pension plan sponsors should be revisiting their risk management strategy in light of changes to the funding rules, the strong current financial position of their pension plans, as well as heightened concern about whether an equity market correction is due.  “We expect that the new funding rules could spur some plan sponsors to revisit previous decisions to de-risk their pension plans.  However, sponsors of plans that have been closed or frozen will likely continue down the path of reducing their risk exposure by moving away from equities into bonds and by entering into annuity transactions,” continued Monteiro. A typical balanced pension portfolio would have returned 3.6 per cent during the second quarter of 2017. Broad-market Canadian bonds provided positive returns, while equity markets were generally up for the quarter except for Canada.

“Canadian equities are slightly down during the second quarter of 2017 driven mostly by the Energy and the Materials sectors which experienced a setback,” said Sofia Assaf, Principal and Senior Investment Consultant at Mercer Canada. “In line with the S&P GS Commodity index which dropped 9.7 per cent during the quarter, the Energy and Materials sectors declined by 7.7 per cent and 5.1 per cent respectively. Health Care (+12.3 per cent) and Industrials (+6.9 per cent) led as top performing sectors.”

U.S. equity returns were positive in both USD (3.5 per cent) and CAD (2.7 per cent) terms. While the CAD appreciated slightly versus the USD, it continued to depreciate against both the British pound and the Euro over the quarter. As a result, international equities, which did well in local currency as the MSCI EAFE returned 4.2 per cent, performed even better for Canadian investors on an unhedged basis, with a return of 6.1 per cent in CAD. Emerging markets performed well during the quarter, returning 5.0 per cent in local currency terms and 4.4 per cent in CAD.

The U.S. Federal Open Market Committee once again raised their target interest rate range by a quarter percentage point in June to between 1.00 per cent and 1.25 per cent, and maintains forecast for one more hike in 2017.

The Bank of Canada continued to hold its interest rate target constant at 0.50 per cent this quarter, yet in recent weeks has sent signals that it is moving closer to an interest rate hike as the economy continues to strengthen. With broad based gains observed across the local economy in recent months the Bank of Canada is assessing whether the considerable stimulus of rock bottom rates is still required. 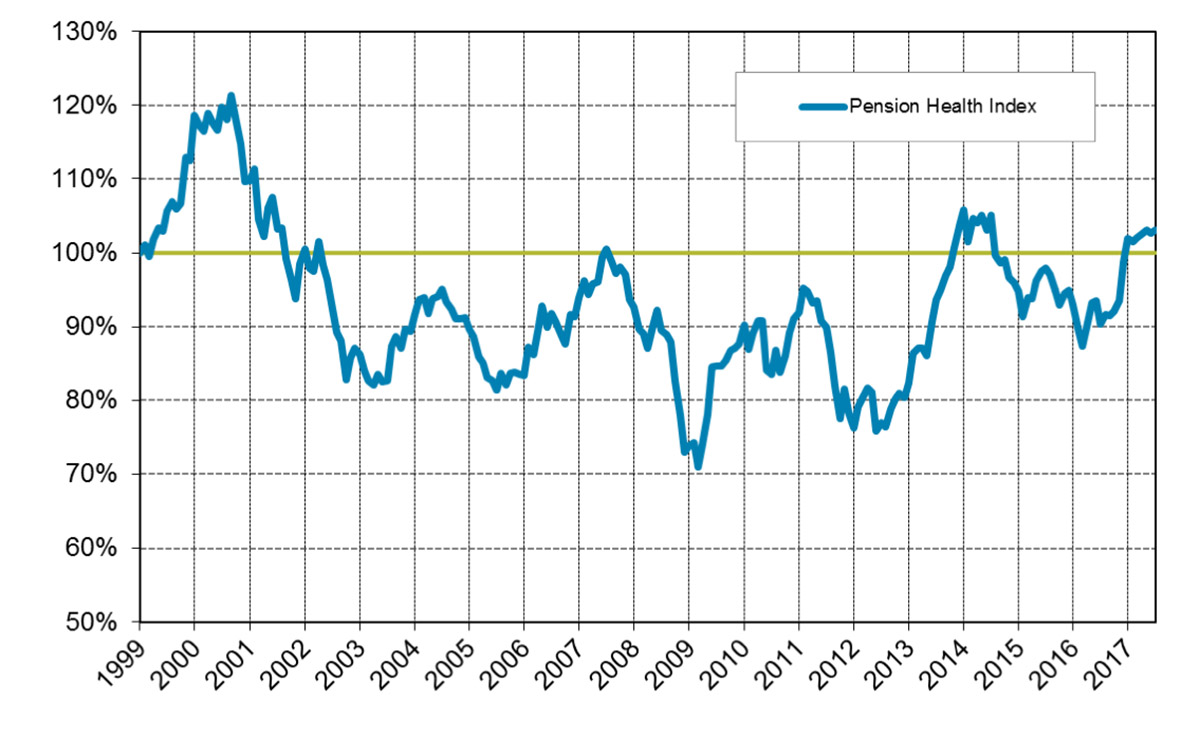 
ABOUT MERCER
Mercer is a global consulting leader in talent, health, retirement and investments. Mercer helps clients around the world advance the health, wealth and careers of their most vital asset – their people. Mercer’s more than 20,000 employees are based in 43 countries and the firm operates in over 140 countries. Mercer is a wholly owned subsidiary of Marsh & McLennan Companies (NYSE: MMC), a global professional services firm offering clients advice and solutions in the areas of risk, strategy and people. With annual revenue of $13 billion and 60,000 colleagues worldwide, Marsh & McLennan Companies is also the parent company of Marsh, a leader in insurance broking and risk management; Guy Carpenter, a leader in providing risk and reinsurance intermediary services; and Oliver Wyman, a leader in management consulting.  For more information, visit www.mercer.ca. Follow Mercer on Twitter @MercerCanada.