Despite ongoing volatility, financial positions of DB plans continued to improve in Q1 2022

Notwithstanding the heightened volatility of the financial markets, which has been exacerbated by the unprovoked attack by the Russian Government against the people of Ukraine, the financial position of most defined benefit (DB) pension plans improved during the first quarter of 2022. Along this path, the Mercer Pension Health Pulse (MPHP), a measure that tracks the median solvency ratio of the DB pension plans in Mercer’s pension database, increased from 103% as at December 31, 2021, to 108% as at March 31, 2022.

Investment returns were negative for most DB plans in Q1 of 2022. However, bond yields in the quarter increased between 75 and 134 basis points at the different durations, thereby reducing plan liabilities. The reduction in plan liabilities from the higher bond yields more than offset the reduction in plan assets from the negative returns, resulting in an improvement in the financial position of most plans. 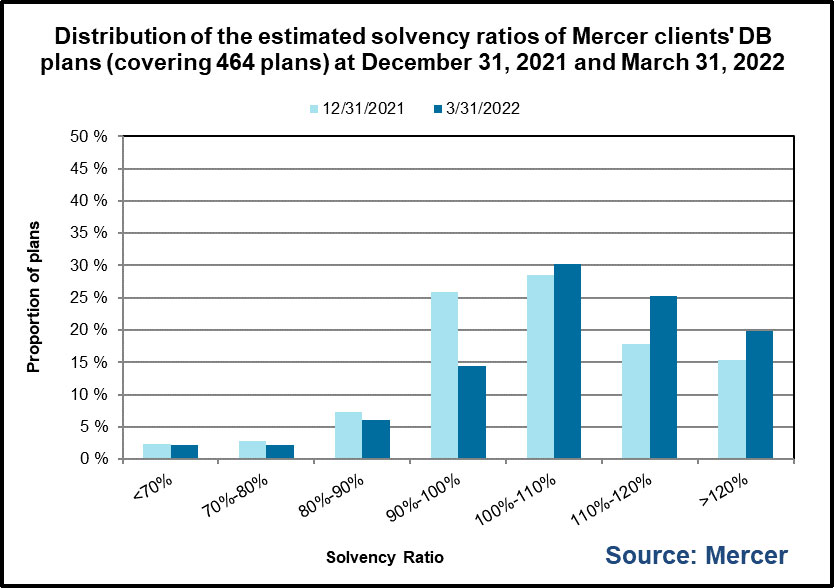 “2022 has not started off well for the financial markets. However, despite significant volatility, the financial position of most DB plans improved during the quarter,” said Ben Ukonga, Principal and leader of Mercer’s Wealth Business in Calgary. “But with the crisis in Ukraine, and the uncertainty on how it will be resolved, the world, financial markets and DB pension plans have entered a whole new era of increased volatility and uncertainty.”

The Russian Government’s decision to invade the sovereign country of Ukraine has single-handedly, and overnight, shifted the geo-political environment of the world. In addition, the implications (economic and geo-political) of the unprecedented sanctions imposed on Russia, the risks of missteps and miscalculations by any of the involved parties, the risks of further escalations, and the risk of the crisis in Ukraine turning into a greater conflict, will further increase the uncertainty and volatility in the markets in the months (and potentially years) to come. How will financial markets and DB plans’ financial positions fare in this new environment? Only time will tell, but market volatility and risks of external shocks have significantly increased.

Furthermore, the above does not include the risks that already existed before 2022. The COVID-19 pandemic, although diminishing with most economies having re-opened, has not been eliminated. Inflation is another major risk. Many economies were already experiencing record levels of inflation, which is now being further compounded by the crisis in Ukraine. Central banks have started the process of tightening monetary policy and increasing their benchmark interest rates. But are their moves too little and too late to curb inflation? Will they have to speed up their tightening in order to get a handle on inflation? And how will market participants – Governments, corporations and households respond to higher interest rates and tighter monetary policy in their ability to service their debts, and invest in their economies, organizations and households?

A typical balanced pension portfolio would have posted a return of negative 7.1 percent during the first quarter of 2022. Global equity markets sold off sharply and the U.S. equity market briefly entered correction territory in February, driven by monetary tightening and uncertainty stemming from Russia’s invasion of Ukraine. Equity volatility was elevated as investors feared that the crisis and sanctions against Russia could lead to a material reduction in the global supply of energy and agricultural commodities.

All non-domestic developed markets delivered negative returns on the back of heighted volatility stemming from geo-political concerns, with the US modestly outperforming global counterparts. Commodity prices increased sharply leading to the significant outperformance of the Energy sector, as a result of both economic sanctions and the conflict’s impact on the global supply of Russian and Ukrainian commodities. The value style broadly outperformed growth as equities with long implied duration continue to be challenged. After nearly a month following its closure, the Russian stock exchange re-opened for trading, with significant limitations on foreign investors. China continues to underperform as a result of slowdown in growth and continued disruption from the pandemic.

The growing supply chain disruptions on commodities benefitted Canada as an energy-heavy region, leading to the outperformance of Canadian equities versus global market counterparts. The Canadian dollar appreciated against major currencies over the quarter, leading to muted returns for Canadian investors in foreign markets.

Divergence of sector returns within Canadian real estate has persisted. The industrial and multi-family residential sectors have been responsible for much of the capital growth within the index year-to-date and deal volumes within these sectors continue to dominate the markets. Fund managers who are overweight these sectors have outperformed competitors by an increasingly wide margin.

“Russia’s invasion of Ukraine has introduced a new level of uncertainty into global markets” said Venelina Arduini, Principal at Mercer Canada. “2022 started with fears over high inflation and more aggressive monetary tightening, while the geo-political and economic aspects of Russia’s invasion of Ukraine has not only created a humanitarian crisis, but has also disrupted global trade and has led to a reduction in both consumption and investments. In this environment, we can expect lower yet positive global economic growth going forward, with inflation peaking later and at higher levels.” 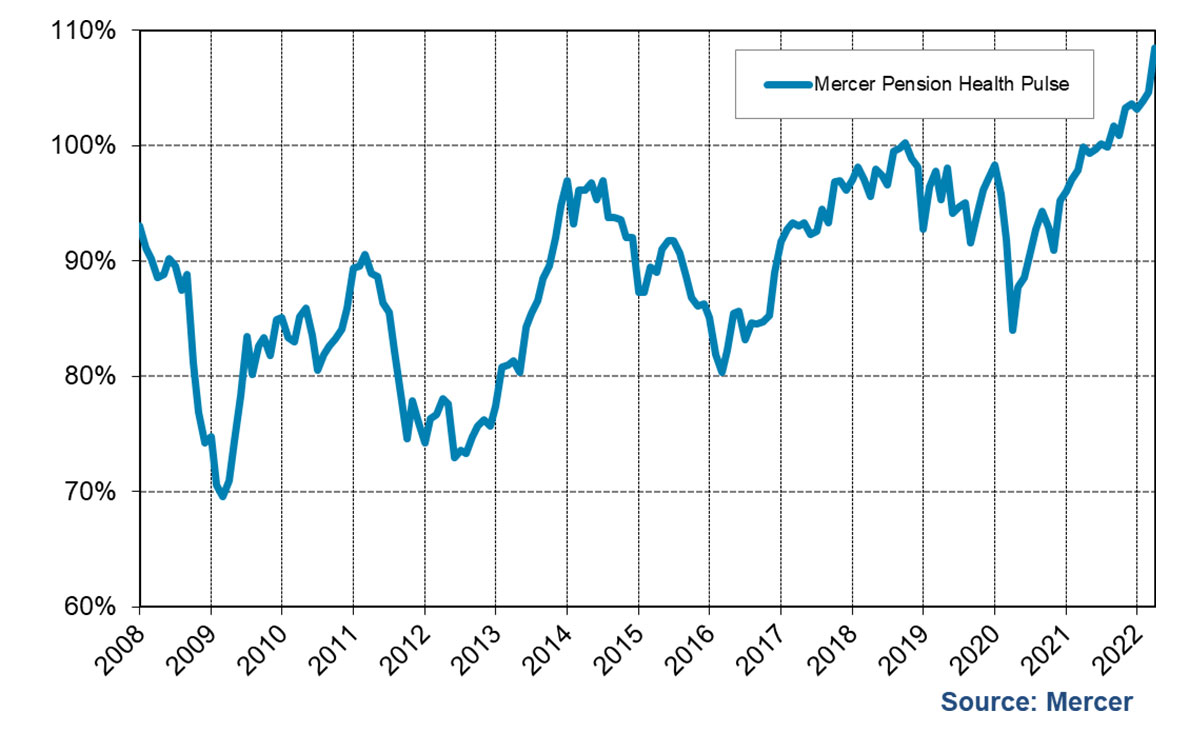